10 Things Not to Say to Parents of Autistic Children 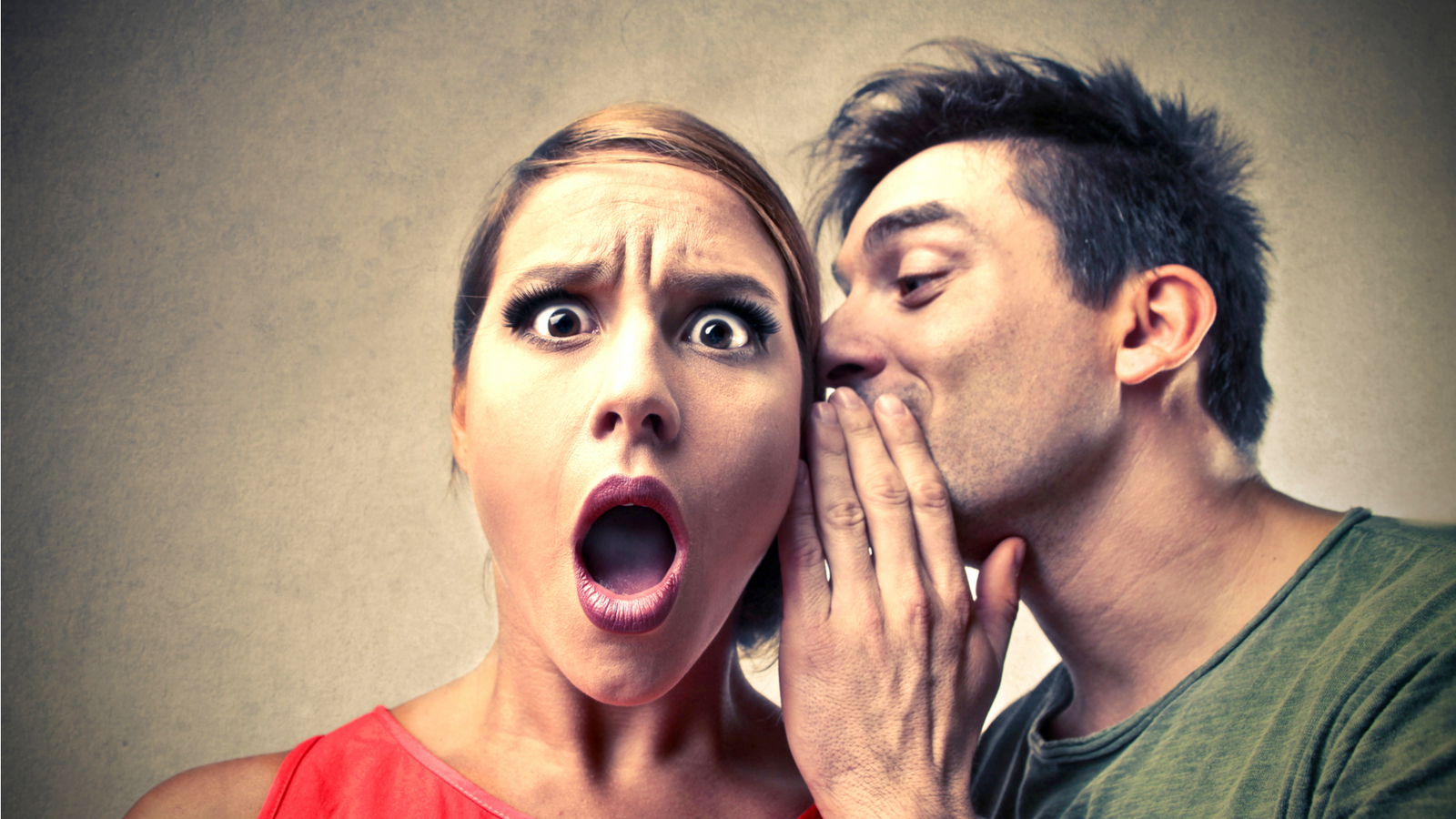 Lots of people worry about saying the wrong thing to parents when they have autistic children and often end up putting their foot in it when they’re trying really hard to be supportive. With that in mind, here’s my guide to some of the things not to say, and why these supposedly helpful statements and useful pieces of advice can, in fact, turn out to be anything but.

1. He doesn’t look like there’s anything wrong with him.

Well, there’s a reason for that: it’s because there isn’t anything ‘wrong’ with him; he’s autistic, that’s all. Autism can be difficult to handle, goodness knows, but it’s not a disease and it doesn’t mean there’s anything lacking in my child, it just means he’s wired a bit differently to most other people, so he processes the world in his own unique way.
I’m sure this is often meant as some kind of compliment, but believe me, it’s really not helpful at all because it dismisses your child’s identity, and the very real struggles you’re facing every day.

2. Autism is just an excuse for bad parenting.

Interestingly, if you take the time to get to know the parents of an autistic child, you’ll find that far from being bad parents, they’re usually the ones who go the extra mile. Turning up with armfuls of sensory toys and handmade snacks is all pretty standard stuff, whether they’re going to the park or to yet another appointment with a developmental specialist. They also watch their children like hawks, constantly ready to step in and avoid anything that might lead to a meltdown.
Autism parenting is a tough and exhausting business where the normal rules very often don’t apply, so before you judge them, please remember, with autistic children it’s a case of ‘different needs, different agenda’.

3. I know everything about autism; I Googled it.

Ah, if only this were possible! The truth is that no-one – including the world’s leading experts in the field – knows everything about autism, because despite many years of research into the condition it still largely remains a mystery. To an extent I think it always will, because trying to understand what it’s like to be autistic is like trying to understand what it’s like to be human: as much as we learn about the subject, there’ll always be more to know.
What you can find on Google however is lots and lots of misinformation about the condition, so my advice would always be to keep an open mind, avoid stereotyping people on the spectrum, and if you really want to learn about autism, ask an autistic person.

Oh, silly me, why didn’t I think of that? Sigh.
If you could ‘make’ an autistic child eat, or indeed, if they’d ‘eat when they’re hungry’ (another one I hear all the time) then believe me, I’d have cracked this food aversion business years ago.
The bottom line is that autistic people aren’t just picky eaters, they have genuine reasons for avoiding many types of food; this stems from the unusual (and often very intense) way they process sensory information like taste, texture and fragrance. Their experience of food is closely linked to the sensory input around them at the time, so eating the same food in different places might be impossible for them because, strange as it may sound, their brain will register it as tasting completely different depending on their environment. Many of them also have difficulty chewing and swallowing, so it’s perfectly understandable that they struggle with certain foods, so forcing a child to eat against their will is definitely something that would cause way more problems in the long term.
What autistic children need when it comes to food is lots of patience, kindness and understanding, plus a willingness to let them lead the way and explore new things at their own pace.

Although this is a generalisation, there is some truth to it, so yes, I agree, many boys do speak later than girls, but when it comes to autistic boys it’s a whole different ball game.
By the age of three and a half my eldest son communicated mainly through a series of low growls and high pitched screams, yet still people insisted that he’d speak when he was ready and that his lack of language skills was down to his gender. I therefore met with huge resistance in the family when I put him into speech therapy, but once he got the support he needed he never looked back.
All parents worry about their children, so it’s natural to try to reassure them like this, but if their child has autism, this is one of the main indications, so it’s always better to listen to their concerns rather than dismissing them.

6. What that child needs is better discipline.

Ah yes, of course. Perhaps I could shout at him, or threaten him with dire consequences if he doesn’t stop doing what he’s doing. Maybe I could even smack him, or take away his iPad and computer. Basically what you’re telling me to do here is make my child feel even worse when he’s already upset. Yep. That should do it.
This spectacularly unhelpful advice is often given when an autistic child is in meltdown, which is a very different scenario to a neurotypical child having a tantrum. Although I can understand the confusion here, because they can look very similar, the last thing a child in meltdown needs is more stress since that’s what’s causing the meltdown in the first place.
Parents of autistic children are often accused of being weak and easily manipulated because of their response when their child becomes overwhelmed and distressed, but it takes far more strength to stay calm and treat your child with compassion than it does to throw your hands up, scream and lash out at them.
Autism parenting is very different to regular parenting, and what ‘that child’ actually needs isn’t better discipline but better understanding, which, with luck, will eventually lead to greater acceptance and respect.

7. They didn’t have autism in my day.

To put it bluntly: yes they did. What they didn’t have was an education system that recognised the condition and offered the appropriate support. As a result, countless numbers of autistic people were written off as mentally defective and condemned to lives of intense misery and suffering. Trust me; there was just as much autism around in your day as there is now, but nowhere near as much autism awareness and almost no autism acceptance at all.
There have been autistic people for as long as there have been neurotypical people; it’s really as simple as that. Being autistic is a natural expression of human diversity, and to dismiss it as just a new-fangled idea or some terrible modern epidemic is very insulting to autistic people, as it denies them the right to accept themselves as they are.

I know this comment is often kindly meant, but it can come across as a bit dismissive of the day to day struggles that people on the spectrum face. As it happens, you can’t be ‘a little bit autistic’ any more than you can be ‘a little bit pregnant’: you’re either born with your brain wired in an autistic way or you’re not. Lots of people can have social anxiety, prefer their own company, or have a passionate interest in one particular subject, but while these are all recognised autistic traits, having them doesn’t necessarily mean you’re on the spectrum, it just means you’re human. The causes and intensity of these character traits will be quite different in an autistic person to a non-autistic one, but since they’re both human beings, there’s bound to be plenty of overlaps.
A kinder way to put this idea to an autism parent is to say that we’re all more alike than different, however our brains are wired, then work together to find some common ground while incorporating everybody’s individual preferences.

9. Asperger’s is just a mild version of autism.

Trust me, there’s nothing mild about having Asperger’s. The confusion here comes from the idea that people with Asperger’s are ‘higher functioning’ than autistic people, and therefore find life much easier to handle. The idea that the autism spectrum is a straight line, with high functioning people at one end and low functioning people at the other, is a myth, because people’s ability to function can vary wildly in different situations, regardless of whether they have Asperger’s or autism.
The truth is that when it comes to diagnosis, the main difference between the two is that autistic people have delayed speech development and people with Asperger’s don’t. Many people also believe that having Asperger’s automatically means you have a higher IQ than someone with autism, although this isn’t what I’ve found to be true in many cases.
Since being on the spectrum is about SO much more than speech delays and IQ levels, the struggles faced by people with Asperger’s are every bit as real and overwhelming as those faced by autistic people, so they all deserve the same levels of understanding and respect, no matter what their diagnosis.

10. My friend’s son was autistic but he grew out of it.

Well, there are two possible scenarios here: either your friend’s son wasn’t autistic in the first place or he was autistic and he’s learned to mask his behaviours when he’s in public. There can never be a third scenario where he started off autistic and magically outgrew it. Sorry, but autism just doesn’t work that way.
Autistic brains are wired differently to neurotypical ones and always will be, but they’re no less incredible and complex, and can certainly learn coping mechanisms that make a person seem almost ‘normal’ to the untrained eye. It doesn’t mean they’re not autistic any more, just that they’ve learned to ‘pass’ as a neurotypical person in their everyday life.
There are a whole variety of genetic factors involved in the origins of autism, and although the way those genes express themselves is directly affected by a person’s environment (meaning the right support can be crucial when it comes to learning and evolving) their genetic makeup still remains that of an autistic person, and always will.
Again, this statement is often made as a way of offering hope to parents of autistic children who are struggling, but it’s actually far better to accept autistic people for who they are and embrace their differences, rather than aiming for a ‘normal’ life at the expense of their happiness and unique identity.

My Top 5 Runners Up…

1. Autism is totally over-diagnosed nowadays.
No. No it’s not. It can still take years to get a formal diagnosis.

2. Autism is caused by vaccines.
Autism has been around as long as humanity has existed; it didn’t just appear when we started vaccinating our children.

3. Asperger was a Nazi; does that mean you have Nazi syndrome?
Stop. Just stop.

5. Don’t you wish you’d had an abortion?
Yes, this has been said to me more than once, and no, I most definitely don’t.