‘Atypical’ Season One: Meet the Gardners 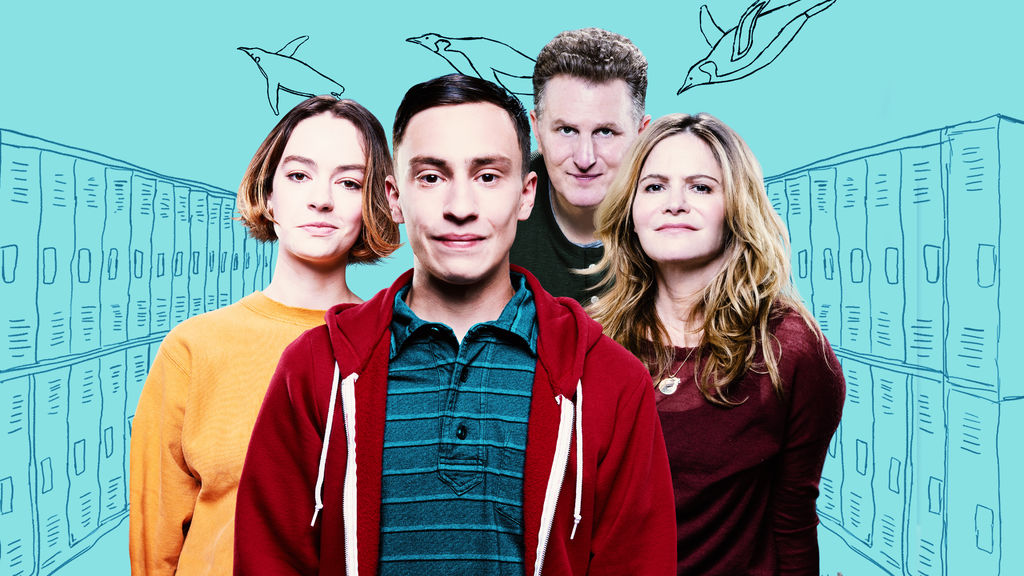 When Netflix announced their new series, Atypical, about an everyday family living with an eighteen year old son on the autism spectrum, I was intrigued to see how they’d handle the subject. Having watched the trailer though, I wasn’t sure whether they were laughing at autism or about it, and after reading some reviews saying how bad it was and how it portrayed autistic people as stereotypes, my hopes for the series weren’t terribly high, but I decided to give it a go and see for myself. I have to say I’m very glad I did.

Atypical introduces us to the Gardner family: mum Elsa and dad Doug (played by Jennifer Jason Leigh and Michael Rappaport) and their children Casey and Sam (played brilliantly by Brigette Lundy-Paine and Keir Gilchrist). The show explores the changing dynamics between different members of the family as the children go through the agonies of adolescence, while at the same time focussing on how Sam’s autism has impacted them all as individuals. 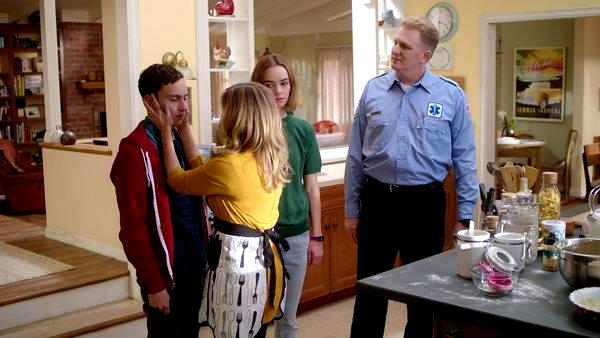 Sam narrates the show, either as a voice-over or by speaking to his therapist, which are both great ways of allowing us to hear his thoughts articulated. His special interest is Antarctica and he begins by explaining that despite being covered in snow, it’s considered to be a desert because it has so little rainfall, telling us “That’s why I like it: it’s not what it looks like.” This really sets the tone for the series, implying that no one should judge things (or indeed people) solely on their outward appearance.

So, the main theme of this first season is Sam’s search for love, something his therapist Julia (played by Amy Okuda) is keen to help with. His mother is less convinced, and when Julia insists she can teach Sam strategies for how to date women, Elsa asks her the poignant question “Are there strategies for when you get your heart broken?” Since we all know the answer to that question is ‘no’, this fear of the unknown is something I’m sure every parent of an autistic teenager will identify with – I certainly did.

Sam, meanwhile, is definitely up for the challenge, and throws himself head-first into the world of dating in the only way he knows how: by doing research, taking notes and applying logic, and as you can imagine this leads to some disastrous results. His encyclopaedic knowledge of Antarctica’s animal kingdom and their mating rituals is something Sam refers to throughout the season, as he struggles to work out why human courtship is so incredibly complicated by comparison.

His nerdy work colleague Zahid (played by the hilarious Nik Dodani) considers himself to be a bit of an expert on girls when in fact he’s anything but. Nonetheless, he offers Sam the benefit of his advice, and reassures him that he’s got what it takes to find a date. The obvious differences between being a nerd and being autistic are nicely observed during their scenes together, with Zahid reassuring Sam over his concerns about girls not liking him because he’s weird, by telling him “You are weird; so what?” So what, indeed.

Gradually, Sam moves along on his dating journey and begins to turn to his father for the first time, leaving Elsa, whose identity is by now pretty much solely defined by being an autism parent, at something of a loose end. As her family become increasingly independent of her she searches for a sense of who she is outside the home, and becomes torn between rekindling her youthful passions and being ‘just plain Mom’ who nobody seems to notice.

At the same time, the relationship between Sam and his sister is beautifully handled, and the difficulties of growing up with an autistic sibling are highlighted throughout the series. Casey is a great character, who stands up for her brother without question and is always there to comfort him. She also teases him mercilessly at home, something I found very endearing and easy to relate to, as my own children behave in exactly this way towards each other. 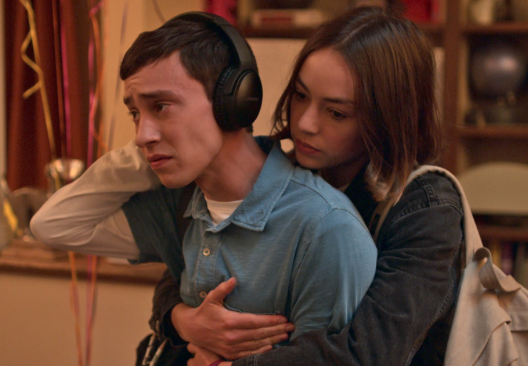 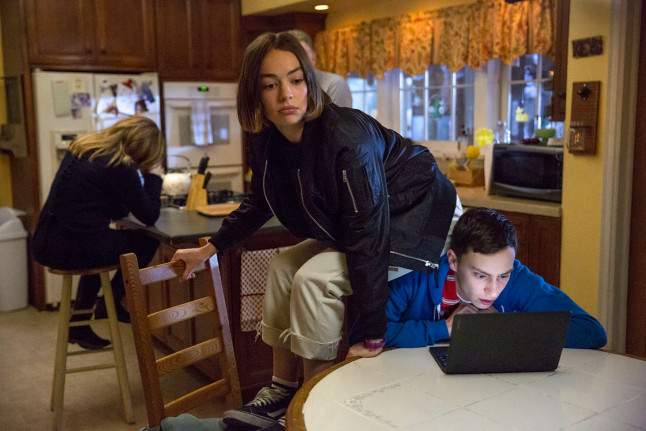 As you’d expect, issues such as sensory overload, social awkwardness and meltdowns are all covered during this season, but it also looks at inappropriate romantic attachments, marital friction, and even the shame some parents feel about having an autistic child. Obviously some of these topics could be very uncomfortable viewing for people on the spectrum, but without them the show wouldn’t be anywhere near as engaging, and certainly wouldn’t raise the same level of awareness about the struggles autistic people and their families face on a daily basis.

As with any show not everyone will enjoy it, but personally I was hooked from the first episode. To me, those tricky but hilarious situations I’ve lived through myself, balanced with the all-too-familiar scenes of heart-break, were a very fair representation of life in an autistic household, and I think the producers have done an admirable job of highlighting the kind of issues so many people are still unaware of.

I laughed out loud and cried more than once as the story lines unfolded – at one point I even punched the air and cheered. Without giving too much away, it was during a scene that involves the Eiffel Tower – you’ll know it when you see it.

Season two is now available and I’ll be reviewing it soon, so watch this space for more insights into Sam’s journey towards adulthood, and the everyday challenges it brings for him and his family.