The Story of Autism All Stars

The Story of Autism All Stars 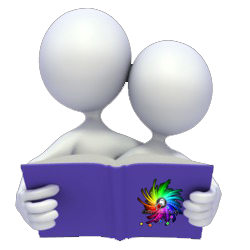 A Message from our Founder

My name is Helen Wallace-Iles and I’m the mother of four truly wonderful children – all unique, all inspirational and all on different parts of the autism spectrum. My three boys are all autistic, one profoundly so, and my young daughter has a generous sprinkling of Asperger’s. Two of my sons have dyslexia, one has ADHD and Tourette’s and they all have dyspraxia. Rightly, they are proud of who they are and of the hand life has dealt them, no matter how unusual it seems, understanding that they themselves are so much more than any diagnosis can explain and every day they do their best to play that hand with grace, dignity and courage. I love and applaud them all.

Autism All Stars was founded following the suicide of my son Dominic’s best friend at the age of fourteen. His friend was an amazing boy – utterly unique and totally irreplaceable. He had many of the symptoms of autism but was never formally diagnosed, and we looked on him as an unofficial part of our family. He and Dominic were so alike it was often hard to tell where one stopped and the other began, and Dominic was simply lost without him. When he died, it’s no exaggeration to say that we found ourselves walking through a nightmare. I have long been aware of the high rate of suicide amongst teenage autistic boys, and it was something I’ve watched for in my own sons for many years, so to have this happen so close to home was very, very tough.

We were in the unenviable position of grieving for the beautiful boy who was suddenly lost to us, while wondering how to help our own son as we watched him become increasingly overwhelmed and depressed. We began to think about all the teenagers and adults on the autism spectrum who find life too much to handle and give in to despair, and about the families and friends they leave behind who also become depressed.

Dominic is profoundly autistic but functions so well nowadays that most people have no idea of the progress he’s made, or how much it takes for him just to get by in the world, and we quickly realised that as well meaning as they were, the counsellors had no idea how to help him. His other friends, the bright, funny teenagers we were so used to dealing with, were transformed overnight into a highly traumatised group with desperately worried parents, all doing what they could to deal with the overwhelming torrent of feelings that the grieving process brings.

At fourteen they were neither children nor adults, and understandably they took it very hard. It was obvious that the way the situation was handled would have a lasting effect on everyone concerned, so I sat with my family and we discussed what we could do to help. We decided to start a charity that concentrated on the positives in life and encouraged everyone to find something within themselves that was valuable and worthwhile. When people are bereaved like this, it’s often the last thing they want to focus on – having fun can bring with it the feelings of guilt that are so common in these situations – yet doing this with a purpose behind it, feeling a sense of being able to contribute and make a difference, can act like a tonic and help the healing process no end. We had the intention, now we needed a name for our venture. Dominic’s friend was mad about a particular brand of trainers called Converse All Stars, so much so that many people wore them to his funeral as a mark of respect.

We wanted a name that conveyed the fact that we value everyone on the spectrum equally, so Autism All Stars was the obvious choice! Dominic and I chose the slogan ‘Through Darkness We Shine’ together after lots of discussion. We wanted something to represent the fact that although we’ve suffered, through the suicide, through other people’s prejudice towards autism, and through the trials autism itself inevitably brings, we’ve remained true to our own ideas and kept going anyway, meaning All Stars is here to help others find their own light in the darkness, just as we have. Living through this was one of the hardest experiences of our lives. The important thing though, is that we DID live through it, and that with determination and sacrifice, we’ve created something we believe will help prevent other people suffering like this in the future, and something which offers support and understanding if the worst should happen, thereby reducing the chances of a vicious circle of sadness, isolation and depression from setting in.

A very important part of what I do as CEO of All Stars is to build a model of strategies that can be put in place to prevent things like this happening in the future. Even with the best will in the world, it won’t always be possible to prevent someone taking their life, so there’s also a model of the things we found most useful when it happened. The idea is that these models can be adopted by others who are either concerned about how to prevent suicide happening amongst teenagers on the spectrum, or who find themselves dealing with the aftermath.

To find out more about our strategies of prevention and support,visit the ‘Our Model’ page by clicking the link.
Making the decision to become CEO of All Stars was far from easy for me. For many, many years now I’ve lived with autism in all its forms on a daily basis, and I’ve encountered a lot of people who feel very differently about the condition than I do. When my boys were small, I made the decision to step away from support groups and forums because of the amount of misery, bitterness and general negativity I encountered there.
I knew that by standing up and promoting what I believe about autism I would inevitably be attacked by a small number of people, and of course this is what happened. I’ve also had the most wonderful support from all kinds of people – people who deal with autism every day, and people who previously knew nothing about it at all – and I’m glad to say that the positives far outweigh the negatives.

Sadly there’s a huge amount of prejudice within the autism world, and much anger towards people who don’t understand the condition, but these aren’t feelings I share. No-one is born knowing about autism and no-one knows everything about it – we’re all just learning as we go along – so I don’t condemn anyone, I simply encourage everybody to contribute to All Stars, no matter what their experience.

I believe that everyone has something to offer, and everyone has something to learn, including me. There’s also much division among people whose children are at different ends of the spectrum. All Stars is a truly inclusive organisation where no such distinctions are made, and we welcome people to come and laugh, cry, hug and share their stories in the hope of gaining support and finding the courage to keep going through those times that can seem impossibly hard. Everyone’s life is different, and everyone’s suffering is different. There are no competitions at All Stars to see who’s suffered the most. Parents of high functioning autistic children suffer in different ways to those parents whose children are more profoundly affected, but suffer they do, and whatever people believe, their suffering is no less intense, nor will it ever be treated as such by anyone at All Stars.

Personally, I’m in the rather unusual position of having children ranging from one end of the spectrum to the other, so to make distinctions like this is not something I even consider a possibility and inevitably some people do find this idea a little strange. I know therefore that my approach isn’t for everyone, and that’s okay. What we do at All Stars isn’t compulsory and no-one is forced to agree with our methods and ideas, it’s simply everyone’s personal choice as to whether they join us or not.
If you like what we do, please support us. If you don’t understand what we do, please ask. If you have ideas you think will improve what we do, please share them with us. I can’t promise to implement everyone’s suggestions, but I do promise to listen and consider them.
I truly wish you every success and happiness on your journey through life, whichever path you choose.

I’ll leave you then, with this thought from Marianne Williamson, which helped persuade me to take the leap of faith I needed and form Autism All Stars despite all my reservations:

“For every person who might reject you if you live your truth
there are ten others who will embrace you and welcome you home.”