Why it’s Good to Laugh About Autism

Let me point out right away that laughing about something (autism included) is definitely not the same as laughing at it.

Laughing at someone because they’re different and may be struggling with things other people find straightforward is cruel, unnecessary and, in my opinion, downright repulsive. We’ve all met bullies in our time who use laughter to isolate and belittle others, and I’m sure it won’t surprise you to hear that I have absolutely no time for people like that.
What I’m talking about here though, is laughing about the funny situations living with autism can bring, and learning to laugh about your own behaviour quirks if you’re on the spectrum yourself. Also, appreciating the kind of humour that appeals to autistic people, who are so very often portrayed as having no humour at all, when in fact nothing could be further from the truth.

Laughter itself is, as I’m sure you know, one of the most powerful forces on the planet. It’s a fantastic way to release tension and boost your ‘happy hormones’ which is something that’s very much needed when your life is touched by autism. Autism itself is a serious business, no-one’s denying that, but there are always some funny moments to be found along with the difficult ones if you have the right outlook. 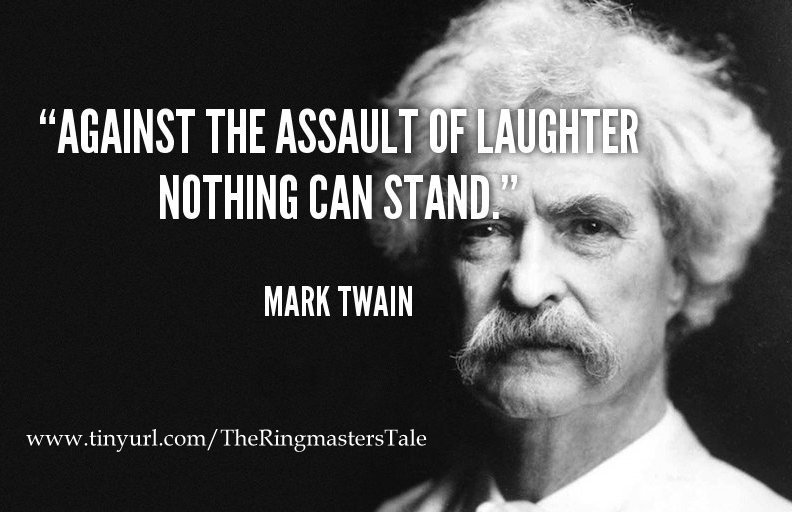 Many people think it’s offensive to laugh about anything to do with disability or difference, but I can honestly say that without a sense of humour, I would have gone under years ago. It’s always such a pleasure to meet other people who think the same way, and are prepared to find a light in what’s often an overwhelmingly dark existence.
Being able to share a joke about the absurdities of life is a wonderful way to bond with others, and can make you feel like you’re part of an extended group or family. The ‘inside jokes’ that only families of autistic people (or autistic people themselves) can identify with, are what makes them your tribe, and goodness knows we could all do with one of those to help us through the long, hard and often terribly isolated days.

Parents of children with additional needs don’t stop finding things funny just because their lives have turned out differently to other people’s, and in just the same way, those children themselves aren’t born without a sense of humour, so trust me, there’s nothing offensive about enjoying life and not taking yourself, or your supposed ‘disability’, too seriously. 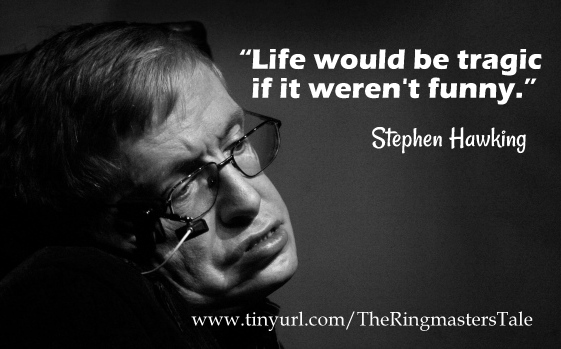 While it’s true that autistic people very often struggle to understand the meaning of jokes, in my experience there are usually very specific things that make them laugh. Word play and puns, like this one from the wonderful Gemma Correll, can be very popular with people on the spectrum… 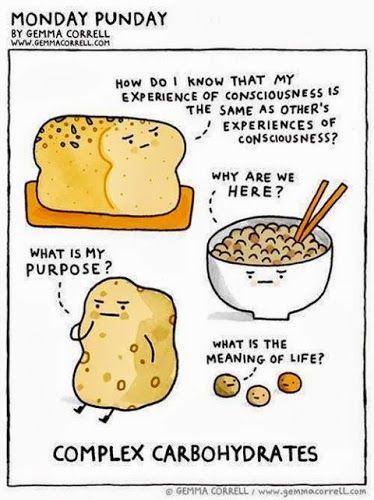 …as well as humour like this, which allows them to laugh about the literal way they interpret the world… 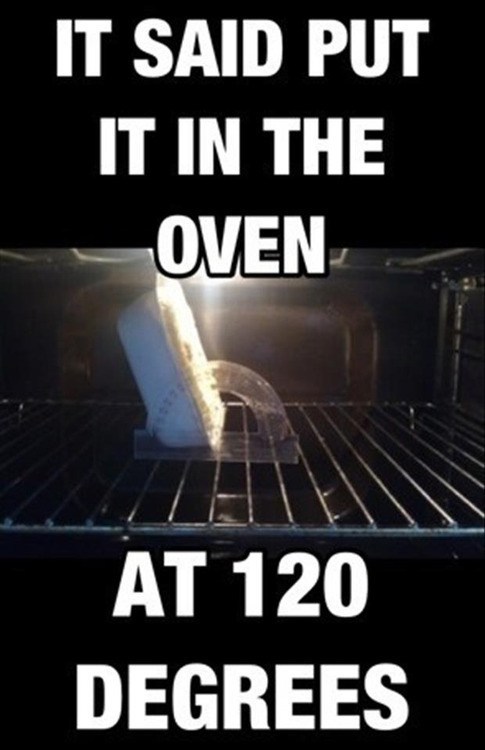 I always make a point of including lots of fun posts alongside the serious ones when I’m running my charity’s social media sites because I understand the value of lifting someone’s spirits, which has led to the Autism All Stars page being described as ‘the happiest place on Facebook’.

Someone else I can highly recommend if this is the kind of thing that makes you smile is a young autistic man called Michael McCreary. Known as ‘AspieComic’ he dedicates his life to making people laugh and for that he has my undying respect. He’s well worth a follow on Facebook and his posts, like the one below, are guaranteed to brighten your day. 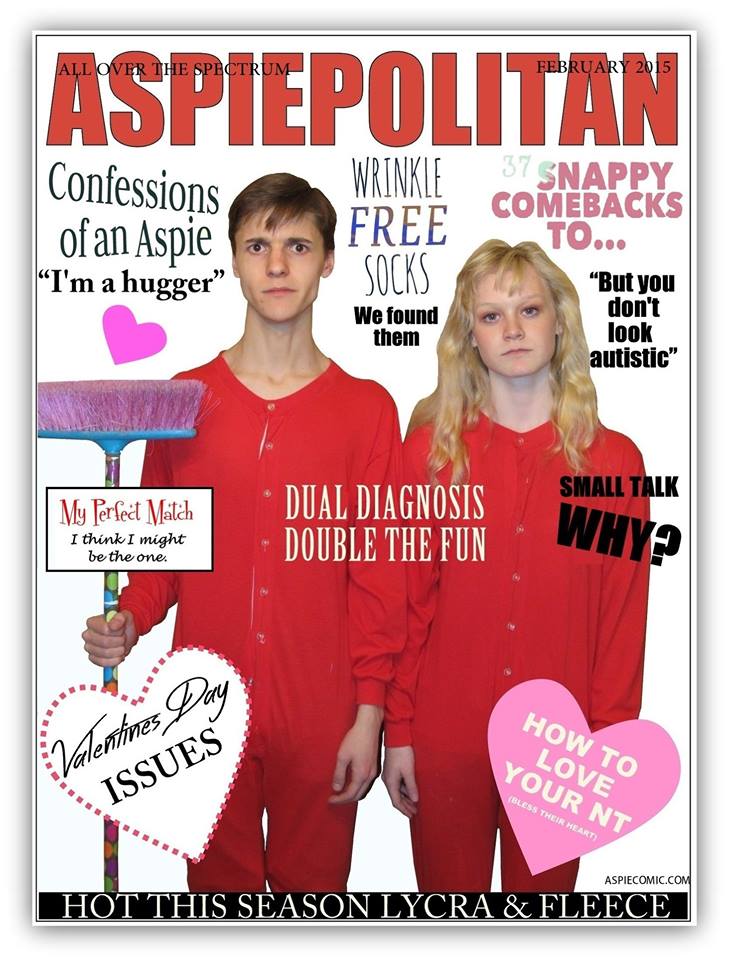 Autistic people can also be the masters of inappropriate humour – think Ricky Gervais, South Park, Rick & Morty  etc. – although obviously not all of them, because everyone finds different things funny, and all autistic people are individuals, as I explained in my post Why No-one Represents the Autism Spectrum. The bottom line is that if you look past the stereotype of autistic people being humourless, robotic oddities, you’ll find genuine warmth, compassion and an unusual, quirky way of looking at the world which can be downright hilarious once you learn to appreciate it.

Even something that’s caused pain in the past, and continues to create difficulties and struggles every day, can still be used in a positive way if you inject a bit of humour into it. For example, as well as being autistic my youngest son Aidan is dyslexic, and thanks to some unforgivable treatment at the hands of his primary school teachers, he lived for years with a deep sense of shame about it. I’d always done my best to help him see the funny side of things, but understandably this wasn’t something he was prepared to laugh about when he was young. In his own time though, he learned to stand a little straighter, and embrace who he is and the way his brain is made.
The turning point came one day at college when he stood in a room full of strangers and tried to dance to ‘YMCA’. As he struggled, and completely failed, to form the shapes of the ‘Y’, the ‘M’, the ‘C’ and the ‘A’ with his arms, he realised people were noticing, and instead of being embarrassed, he announced to no-one in particular ‘Yes, I’m dyslexic, now you can see why I failed GCSE English!’ Everyone fell about laughing, including Aidan, and as a result several of those strangers became his very good friends.

In the same way, my book, The Ringmasters Tale, is full of serious advice and resources, because I wanted it to be the book I wish someone had handed me when my eldest son was born and autism seemed like such a dark, impenetrable mystery. It’s also liberally sprinkled with humour though, because back then, when things seemed so completely, overwhelmingly negative, I could definitely have done with something to make me smile too.
It’s available from Amazon now in paperback and Kindle if you’d like a copy. I’ll leave you with an extract that perfectly describes pretty much every day in my house, and is, I’m quite sure, something lots of you can identify with.

A Day at the Circus

3 thoughts on “Why it’s Good to Laugh About Autism”