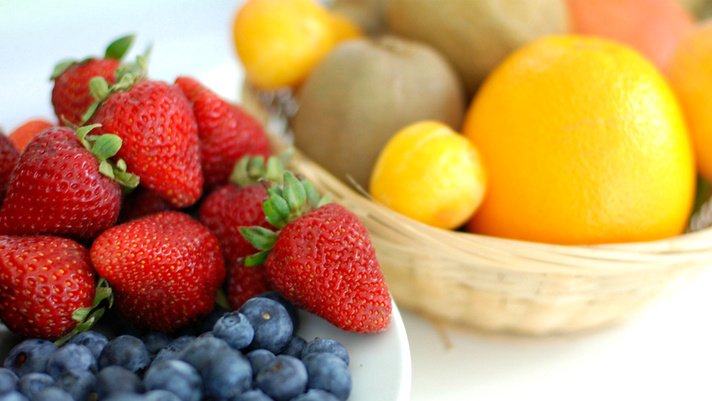 If you’ve been living with autism for any length of time, you’re going to be very well aware of the term ‘food aversion’ and have plenty of experience of exactly what it means. If you’re new to the condition however then brace yourself, because we’re not talking ‘picky eater’ here, we’re talking full on refusal to eat the ‘wrong’ foods, to the point of illness and eventual malnutrition. Seriously.

This is a light-hearted look at some of the most common forms of food aversion, but it has a serious message too: if you’re living through this kind of thing then don’t panic – it’s completely ‘normal’ for someone on the spectrum to behave this way. There’s nothing wrong with your child and nothing wrong with your parenting skills, no matter how much helpful advice you’re getting from other people telling you otherwise.

If the question ‘Can’t you just make them eat?’ seems familiar to you then trust me, you’re definitely not alone.

1. Anything Vaguely Resembling Fruit or Vegetables

Before my children were born, I had no doubt whatsoever they would eat their ‘Five a Day’ without the slightest complaint. What fun I would have designing visual delights such as the cute ‘tomato and olive ladybirds’ and charming ‘banana and raisin sausage dogs’ that came so highly recommended by other creative parents. How could they possibly resist? Well, as it turned out, they could (and did) resist most loudly and with extreme violence, in just the same way they did when it came to pretty much everything else I suggested.
Not only could fruit and vegetables not be cunningly disguised as appealing insects or animals, they could also never be chopped, mashed, pureed or otherwise broken down and inserted into their food without the risk of instant detection, followed by all the dire consequences such a thing would bring down upon my head – often quite literally.
The best advice I can give you here is firstly to look for added vitamins and minerals in any of the foods your child will eat (sliced bread and cereals can be a great source) and secondly to invest in a good quality liquid multi-vitamin which you can gradually – very gradually – add to their favourite drink.
Mostly it’s going to be the shape, colour, smell or texture of the fruit and veg that’s upsetting them, so there’s going to have to be a bit of trial and error when it comes to finding out what your child prefers. They might also have trouble with chewing and swallowing which could be putting them off, but do persevere because these skills will improve with practice. Just make sure you introduce new foods one at a time, and never commit the unforgivable crime of letting one food item come anywhere near another.

2. Foods that Touch on Their Plate

All autism parents know from bitter experience that allowing any foods to touch will instantly turn them into the most deadly form of poison, no matter how healthy they were to begin with.
When my eldest son was small, his idea of eating a ham sandwich was to demand three separate bowls: one containing ham, one bread and the other butter. These he would sit and happily devour, but put them together on a single plate and he’d unleash the kind of fury you’d expect from a Viking berserker going into battle.
It took me years to get him to progress to eating them at the same time, and many more years to find out why on earth he was so upset by the idea of them being put together in the first place.
It turns out autistic people have something called sensory processing disorder (SPD) and when it comes to food, the way each individual item is visually processed actually affects its flavour. Who knew? Well, not me, obviously. Christopher needed to be able to see and understand different foods one at a time, because seeing them placed too close together was confusing his senses, mixing the flavours and making them taste completely different.
Fortunately you can buy lots of different divided plates nowadays, or I’d suggest buying lots of small plastic pots and grouping them together. Keep working on mixing foods though, and with luck you’ll get there one day – we did.

3. Something They’ve Eaten Somewhere Else

Picture the scene: You arrive to collect your fruit-and-vegetable-hating child from his grandparents’ house, only to be told that he ‘always eats his greens for Nanny.’ Delighted, you secure the recipe and excitedly make the same dish at home, only to have it unceremoniously thrown across the room at you. Clearly you’re just completely rubbish at this parenting lark; there can be no other possible explanation.
Except that there can. Phew.
The answer to this particular mystery lies with our old friend SPD. You see, your child’s senses are busy taking in information from their surroundings all the time, and because this information is different when they’re at someone else’s house, it actually makes the same food, prepared in exactly the same way, taste very different depending on where they are when they eat it. I know: strange, but true.

4. Fancy Food in the Finest Restaurants

Yep. You’ve guessed it: no matter how appetising something looks or smells to everybody else, or how beautifully it’s being presented to them, your child will have absolutely nothing to do with it. Tutting, eye-rolling and even the odd gasp of disgust from the other diners will have no effect whatsoever on their refusal to eat, although it will have plenty on your peace of mind.
When my middle son was on holiday in his early teens, his father took him to one of the best restaurants in Portugal, where he quickly earned the nickname ‘Pasta Boy’ thanks to his insistence on eating only plain, boiled spaghetti, much to the horror of the cordon bleu chef who was asked to prepare it for him night after night.
As you’ve probably realised by now, this was thanks to SPD yet again. Restaurants are noisy, smelly, bright and crowded places, full of potentially overwhelming sensory input, and the only way Dominic could cope without going into overload was to eat something soft, white, easily digested and very familiar.
If you’re going to eat out, I’d suggest taking some ear defenders or headphones for your child, as well as plenty of distractions. I’ve put together a whole list of different ideas in my book, covering what to take with you in your ‘survival kit’ when you’re venturing out together.

5. That One Item You’ve Just Stocked Up On

You know the score: You finally find something your child likes to eat (Halleluiah!) and they don’t just like it, they absolutely love it. Actually, they’re obsessed with it, to the complete exclusion of almost every other food group imaginable, but who cares? They’re eating!
Feeling like you’ve got this parenting business sussed at last, you rush off to the supermarket and clear the shelves of every available packet, tin or bottle of this miracle product while other parents look on in horror at your excessive bulk-buying of tomato ketchup, frozen peas or chocolate ice cream. Do you care what they think of you? Of course not; you’re way too exhilarated to notice.
But rookie parents beware: this scenario will last just long enough for you to let down your guard. The second you’ve finished packing them away in the cupboard, your child will be gripped by a strange aversion to the very sight, let alone the taste, of them. Why? Now, if I had the answer to that one, I’d be a millionaire by now.