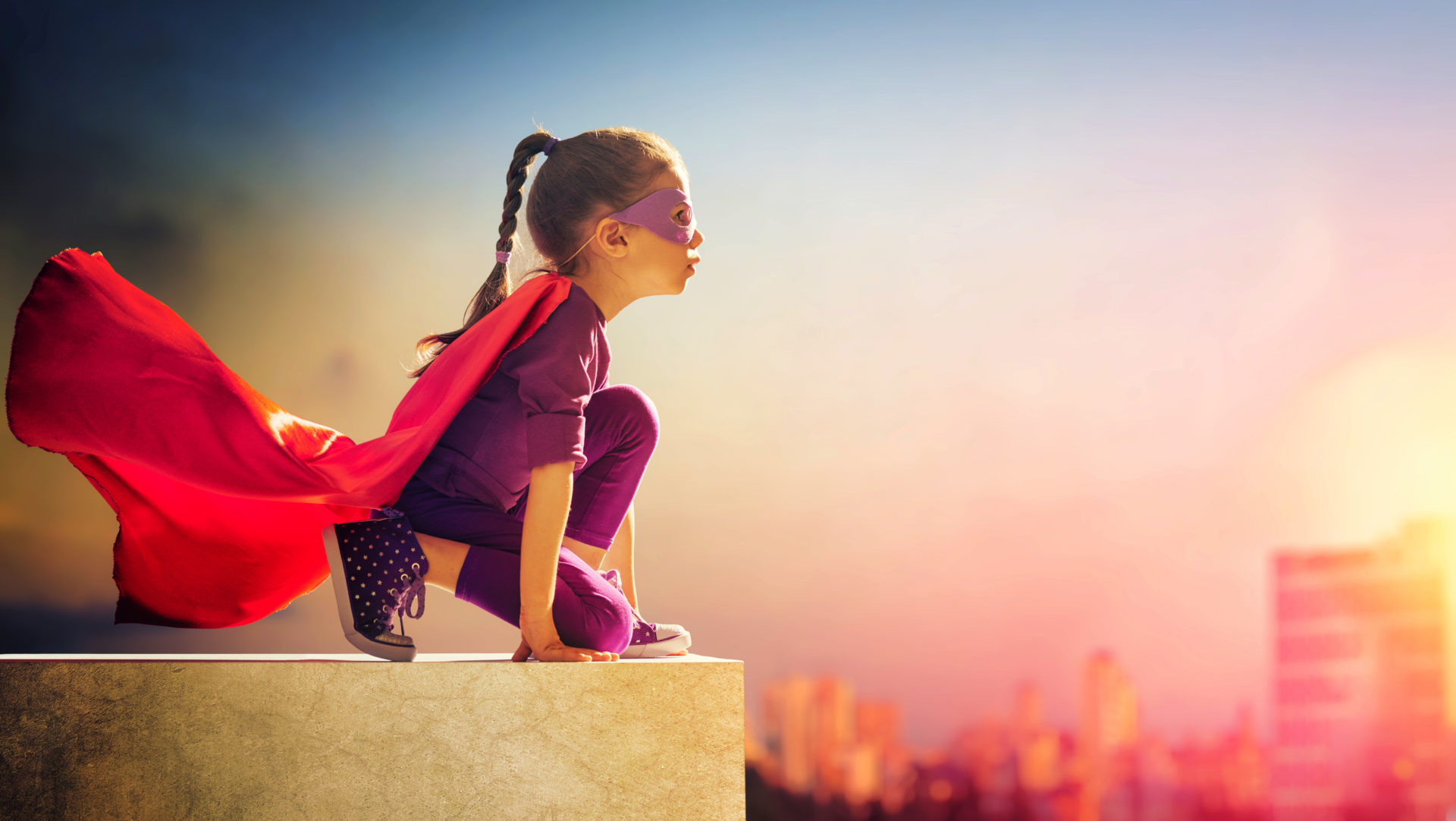 It’s fair to say that we live in a world where the path to success is constantly changing. When I was a child in the 1970’s, success meant getting good grades at school, and as a young woman it meant getting a ‘proper’ job working in an office. These were seen as the quickest, most reliable routes to achieving ultimate success, which was defined as earning lots of money and being well-respected in the community.
Today you can become a celebrated YouTube millionaire by playing video games or putting on your make up. It’s beyond anything my generation could’ve imagined, but as different as it appears, scratch the surface and you’ll find the same dynamic at work: success is still generally defined as being popular and earning lots of money.

All decent parents want their children to succeed – to see them happy and fulfilled in the lives they’ve chosen – and before they’re born, we often assume our children will have the same desires to create roughly the same kind of life as everybody else. When a child is autistic however, their parents become aware, long before any diagnosis takes place, that sometimes this simply isn’t the case.
When autistic children don’t seem to be engaging with the world, their parents often worry that they’ll get left behind: that they’ll never find a job, or marry, or raise a family of their own, and when they then experience the perfectly understandable feelings of loss that follow, they’re overcome with a terrible sense of shame. They convince themselves that feeling this way means they don’t like or accept their child for who they are, and beat themselves up for being the worst kind of pushy parents.
Take it from me: there’s absolutely nothing wrong with feeling sad about the things your child might not be willing or able to do – things you’d imagined would make them happy – and in fact, working through this sadness and sense of bereavement is a really important step towards accepting your role as an autism parent.
People will tell you otherwise: they’ll tell you that you shouldn’t feel sad. Don’t believe them. These feelings are there for a reason and that reason isn’t because you’re a bad parent, it’s actually because you’re a good one and you want the best for your child, so it’s vital to grieve for the imagined future that’s lost before you can start working on the real future that’s ahead of you.
This is such an important issue that I’ve dedicated a whole chapter of my book to it, so if you’re struggling with this kind of thing, do check it out. In the meantime, I’ll do my best to explain what the secret to successfully parenting autistic children really means to me. 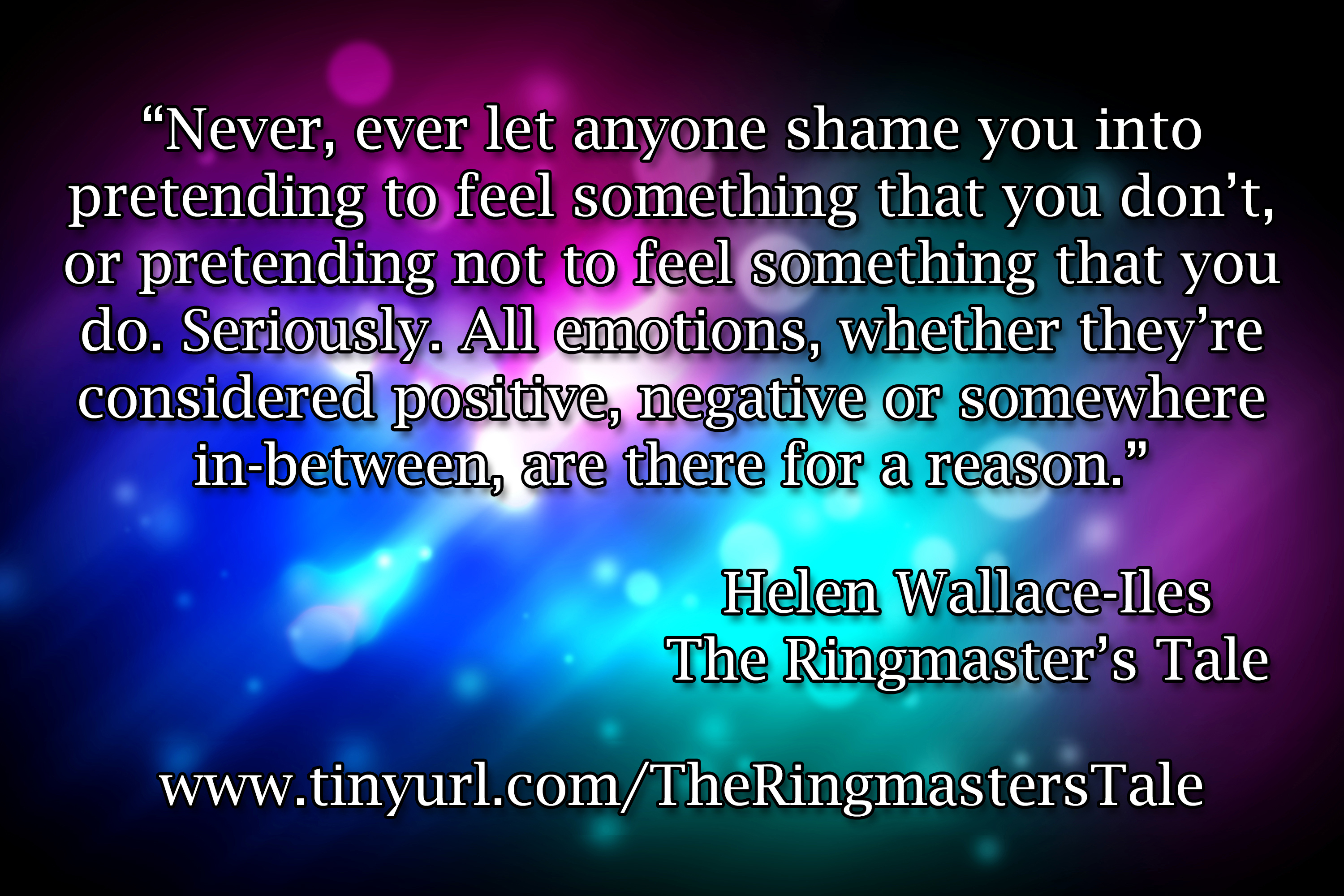 When it comes to autism parenting, if you truly want to succeed, you’re going to have to start by redefining what counts as ‘making progress’.
Over time you’ll need to let go of any conventional ideas you had about what success actually means, and learn to recognise your child’s own unique achievements, as and when they happen. It’s important to remember that building a future that works for them instead of one that conforms to everyone else’s standards isn’t about lowering your expectations, it’s about changing them to suit who your child is as an individual.
The secret then is to decide what success means for your child, then celebrate and encourage those things that inspire them, fill them with enthusiasm and make their eyes shine with wonder, because that’s how you’ll discover who they are and what makes them tick. Using these special interests as a starting point, set realistic goals for them and put everything you’ve got into achieving them together. Expect delays and setbacks, and don’t compare their progress to anyone else’s, just make a note of all the little steps they’re taking and remember to celebrate each and every one.
I have four children on the spectrum and my five ambitions for all of them were as follows:

I realise these goals might be unrealistic for some of you, and for others they might seem impossibly simple, but in our case I felt they were a pretty good place to start. Once they’d mastered these I saw anything else as a bonus, and whenever possible, I let them take the lead in deciding the direction they wanted their lives to take.
My son Christopher, for example, had some very serious behavioural challenges when he was young, but he always seemed to find peace in drawing and building things with LEGO, long before he was able to speak or interact with other people. He was fascinated by architecture and took endless pictures of buildings wherever he went, so when he got older he decided to pursue his passion and took a degree in Architectural Engineering. A few years ago he graduated from Leeds University as a Master of Engineering with a First Class Honours degree, which is nothing short of miraculous when you consider he’s also seriously dyslexic.

Academic success against the odds isn’t the only thing we’ve celebrated though, so I’ve chosen some of my favourite moments of success to share with you here. Enjoy! 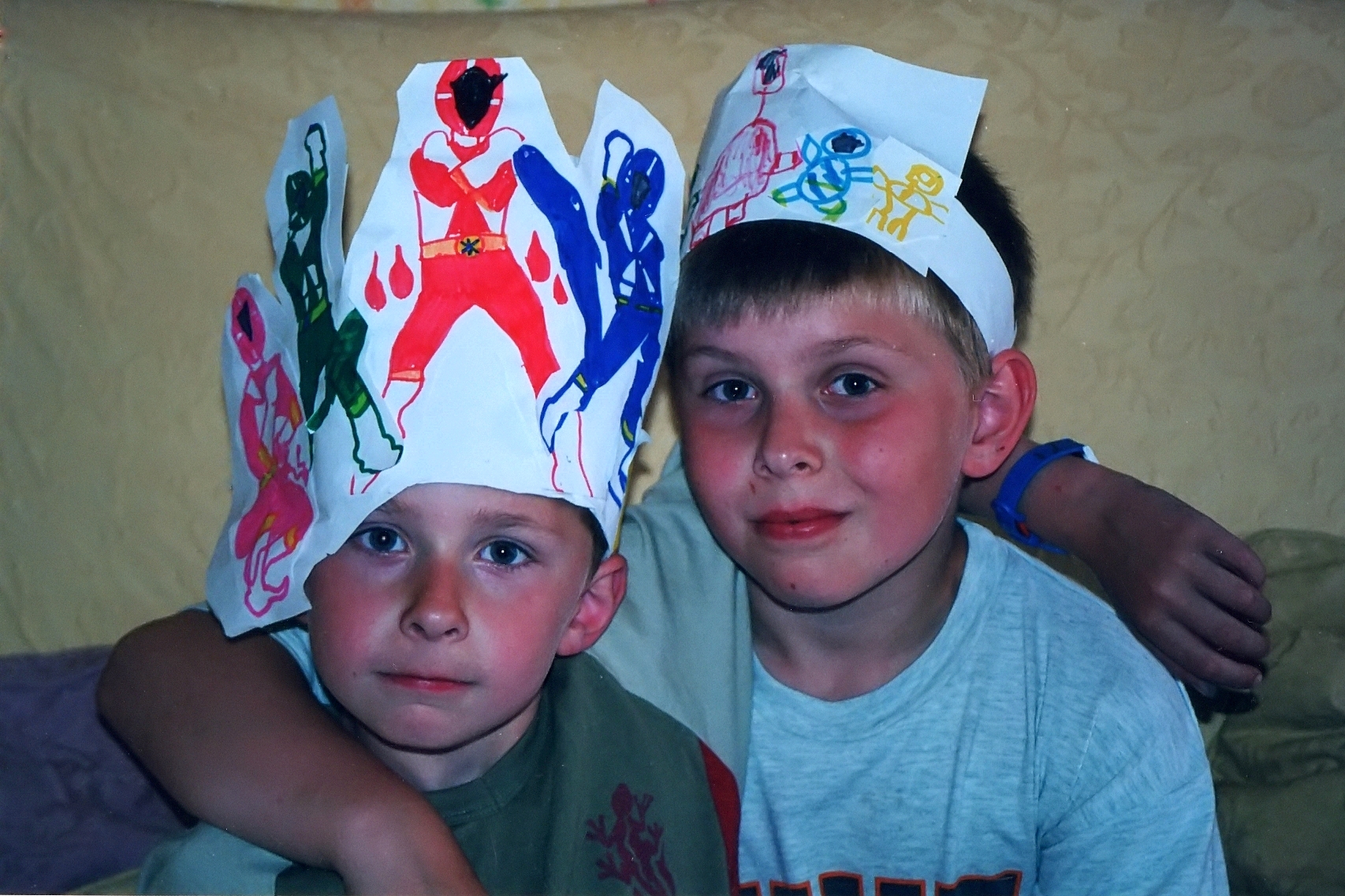 From a very early age my eldest son Christopher was a fantastic artist, but my second son Dominic had never shown any interest in drawing whatsoever.
When Dominic was four he had virtually no spoken language and we really had no idea whether or not he understood what was going on around him, let alone anything we said to him. One thing both brothers loved though was watching Power Rangers, so one day Christopher decided to make him a hat, and set about drawing each of the characters, cutting them out and attaching them to a headband for him.
When Dominic was given this gift, we genuinely thought he’d either scream and rip it up or try to eat it, but instead he picked up a piece of paper and carefully drew his own version of the Power Rangers, placed the paper on Christopher’s forehead and said ‘Kisfer’. Not only had he understood his brother’s kind gesture, but he’d also worked really hard to return it.
To say I was in a state of shock as I hurriedly stuck his drawing to a headband and took this picture would be an understatement.
To this day it remains a pivotal moment of success in my eyes, when Dominic was first able to show us his caring, compassionate nature, something which very much defines him as an adult. 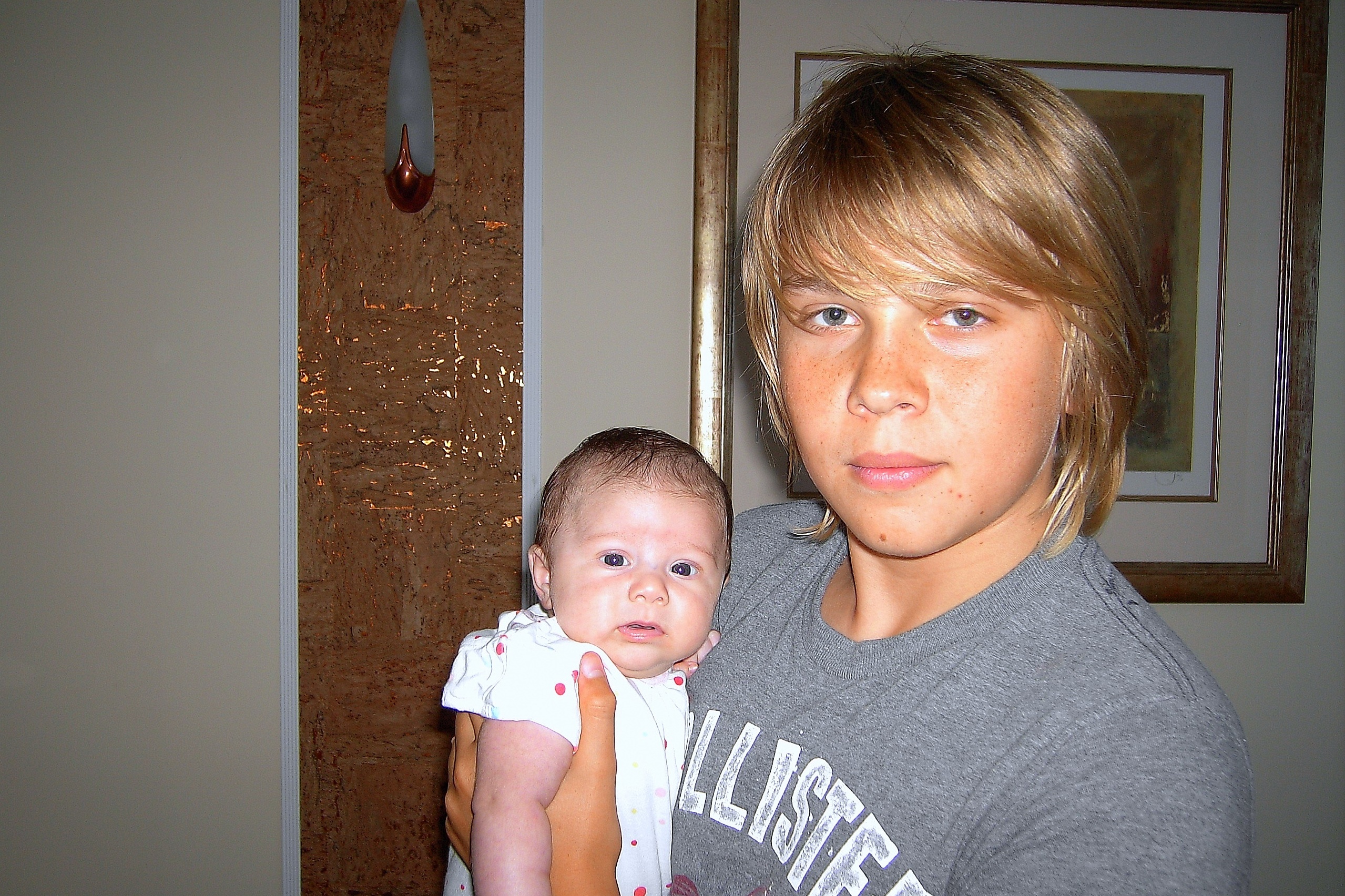 By the time my daughter Isabelle was born, Christopher was sixteen. He’d always had the most appalling problems with sleep – far worse than his two younger brothers – and as a baby I’d spend hours comforting him using every technique I’d ever heard of, none of which seemed to have the slightest effect on him: he was fourteen before he eventually slept through the night.
Sadly, Isabelle’s sleep disorder was every bit as ferocious as her eldest brother’s, and when she arrived, the whole family was soon back in the familiar grip of severe sleep deprivation.
This particular example of success came at 3 am one morning, when I stumbled towards Isabelle’s room to find that Christopher had got there first. He was cradling his sister in his arms and making a very distinctive noise known as ‘loud shushing’ to calm her down. It was something I’d done to him many times as a baby and toddler, but I had no idea he’d remembered it.
‘I always used to like this, so I thought she might like it too’ he said, and in that moment, seeing this display of compassion towards his tiny, helpless sister, I realised that no act of kindness is ever wasted, whether you realise it at the time or not. 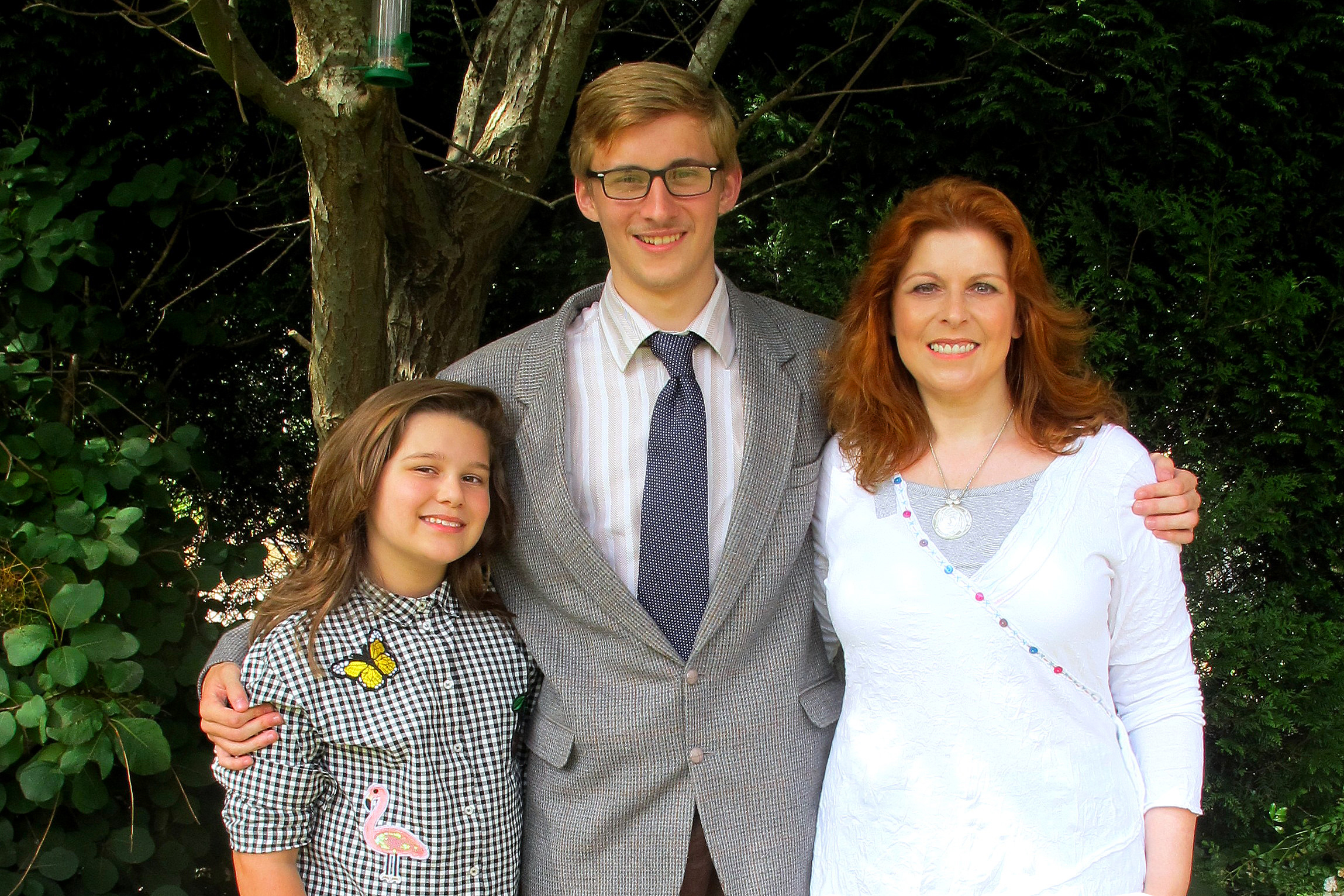 Like many autistic people, my youngest son Aidan has terrible exposure anxiety. He’s always been so self-conscious that even at three years old he’d curl into a ball and smash himself in the head when his nursery school put on a stage production for the parents. He found being looked at utterly overwhelming, so when he announced at sixteen that he was going to study Performing Arts and become an actor, I was taken aback to say the least.
It’s not been easy, but he’s worked tirelessly to overcome his fears, and this photo of him was taken after he gave a superb performance as Mr Myers, the teacher from Fame, at a well-respected theatre in Sussex. Several people thought he was a professional actor, and that surely counts as a success for any eighteen year old lad taking to the stage for the first time.
Incidentally, he’d spent three months growing that moustache for the part, and when I mentioned he could’ve worn a fake one instead, he said with disgust ‘And what kind of dedication to the role would that show, Mum?’
Who am I to argue with commitment like that?

Earlier this year, Dominic graduated from Cardiff University with a degree in Law and Politics. Having been told by several specialists that he was the most profoundly autistic child they’d ever seen and would never make any progress, I definitely had my concerns about him being so far away from home.
By the time this picture was taken, not only had he successfully lived an independent life for three years, he’d also made some wonderful friends and got engaged to a beautiful girl who thinks the world of him. I was, without question, the proudest (and most emotional) mother on campus that day; but Dominic’s successes weren’t the only ones I was celebrating.
One of the things Isabelle struggles with most is sensory processing disorder, and as a result her choice of clothes is very restricted. She wears things that are comfortable, stretchy, soft and most importantly familiar, meaning she lives in a variety of grotty old t-shirts, leggings and trainers, all of which have seen better days.
When Christopher’s graduation was approaching a few years earlier, no amount of reasoning could persuade her that it might not be appropriate to wear these outfits to the ceremony. After some serious meltdowns I was on the verge of giving up, but the turning point came when I explained to her the reason why we dress up on special occasions. I told her we make an extra effort with our clothes to show the person we’re celebrating with that we appreciate them and everything they’ve achieved. She thought about this for a while, and decided it was worth being uncomfortable for a few hours to show her support for Christopher.
For Dominic’s graduation she put on a dress without complaint, and even agreed to wear one with lace on the shoulders, to show just how proud of him she was. On both occasions, her love for her brothers overcame her aversion to wearing a dress, and that’s got to be a success by anyone’s standards.

In conclusion then, success isn’t just about your child hitting the major milestones, although no-one should ever make you feel guilty for celebrating them if they do. It’s also about the thousands of tiny moments of undiluted joy when your child surprises you, and more importantly, themselves; the small steps forward that make up the journey of life, whichever path it takes.
As I say in my book: “It’s vitally important to remember that achieving their potential is about so much more than gaining academic or financial success. There are countless ways to live a fulfilling life, and endless possibilities to be explored and enjoyed along the way, so above all else, always encourage your child to be happy and fulfilled in their own exceptional way.”

5 thoughts on “The Secret to Successfully Parenting Autistic Children”